According to statistics compiled by the American Society of Plastic Surgeons, liposuction is one of the top five most popular surgical cosmetic procedures performed in America today, with nearly 200,000 completed in 2013 alone.  As a board certified plastic surgeon specializing in cosmetic plastic surgery procedures of the breasts and body, I am often asked about this extremely popular body contouring method.  Here are some of the questions I most commonly hear. 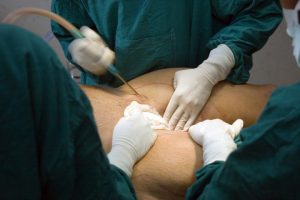 What exactly can liposuction do for me?

Liposuction is designed to slim and reshape specific areas of the body by removing excess fat deposits, effectively improving the body’s contours and proportion.  It is important to note that liposuction is not a treatment for general obesity, but works best by removing small and localized deposits of fat that stubbornly resist the effects of proper diet and exercise.

What areas can be treated with liposuction?

Each patient considering liposuction has different “areas of concern” that they would like to see addressed.   The most frequently treated areas for women are the abdomen, breasts, hips, outer thighs, anterior thighs, inner thighs, knees, arms, buttocks, jowls and neck.  Men, who comprise about 15% to 25% of liposuction patients, most commonly seek treatment for the chin and neck area, abdomen, flanks (“love-handles”), and breasts in cases of male gynecomastia.

Am I a good candidate for liposuction?

While some believe that liposuction can be a sort of “cure all” solution to a thinner physique, this is actually not the case.  Liposuction cannot restore elasticity to stretched skin or eliminate cellulite, so it is best performed on adults within 30% of their ideal weight who have firm, elastic skin and good muscle tone.  Those with larger fat deposits and sagging skin may require thigh lift or tummy tuck procedures.  Liposuction should not be done in people who have severe heart problems, who smoke or have blood-clotting disorders, or during pregnancy.

What is traditional “tumescent” liposuction?

Tumescent liposuction involves injecting a solution of lidocaine (a local anesthetic), epinephrine (to reduce bleeding), and an intravenous (IV) saline solution into the areas before the fat is removed.  While this takes slightly longer than other forms of liposuction, it can generally be done without additional anesthetic.  The Superwet liposuction technique is similar to tumescent liposuction, but uses less fluid during the surgery, taking less time but often requiring sedation with an IV or general anesthesia.

Are there other advanced liposuction techniques?

There are several forms of technology-assisted liposuction, including laser, ultrasound, water, and power-assisted forms.  All of these techniques use various means to liquefy and dislodge the fat cells, potentially making them easier to remove.   However, while each may have specific benefits, none has proven to be superior to conventional “tumescent” liposuction performed by a skilled plastic surgeon.

If you are interested in any of the cosmetic facial and body contouring plastic surgery procedures that I perform, contact me, Dr. James Namnoum, to schedule a comprehensive consultation today.  Don’t forget to connect with me on Facebook, Twitter, Instagram, and Google+ for the latest plastic surgery news and updates.

Let’s discuss the next steps toward attaining your beauty goals